Ebola virus disease, also called ebola or EVD, is a rare, deadly illness that typically infects humans and other primates, such as monkeys. There are occasional outbreaks, usually on the continent of Africa.

There is little risk to the general public who have not been in close contact with or provided care to someone with ebola. However, travelers to and from areas experiencing outbreaks should be aware of how it spreads, how to prevent infection, and what symptoms to watch for if they may have been exposed.

Ebola spreads through direct contact with the blood, other bodily fluids, or body tissue from infected people or animals.

The virus also can spread through sexual contact and can be found in semen even after recovery from the illness.

Symptoms of ebola do not generally appear right away if someone is infected, and an infected person does not spread ebola until they have symptoms. It can take between 2 and 21 days after contact with the virus for someone to show symptoms.

There are other, more common illnesses that have similar symptoms to ebola, particularly the early symptoms like fever, fatigue or sore throat. These symptoms are not cause for alarm unless you know you have been in close contact with someone who has ebola.

Ebola is a rare disease. If you are living in or traveling to a region that is experiencing or has experienced an ebola outbreak:

After returning from an area experiencing an ebola outbreak, people should monitor their health for 21 days and seek medical care immediately if they develop any symptoms.

Local public health has multiple planning efforts around ebola, in coordination with the healthcare system, first responders, and other partners.

Ebola requires direct contact to spread. The key to controlling the spread of illness is to identify possible cases early and isolate them from others. Then, the people they’ve had contact with while contagious must be contacted so they can be monitored for illness. Systems and personnel are in place for this work if there were to be a case in Washington.

Providers in the county should receive health alerts by email. The alerts are also posted online: 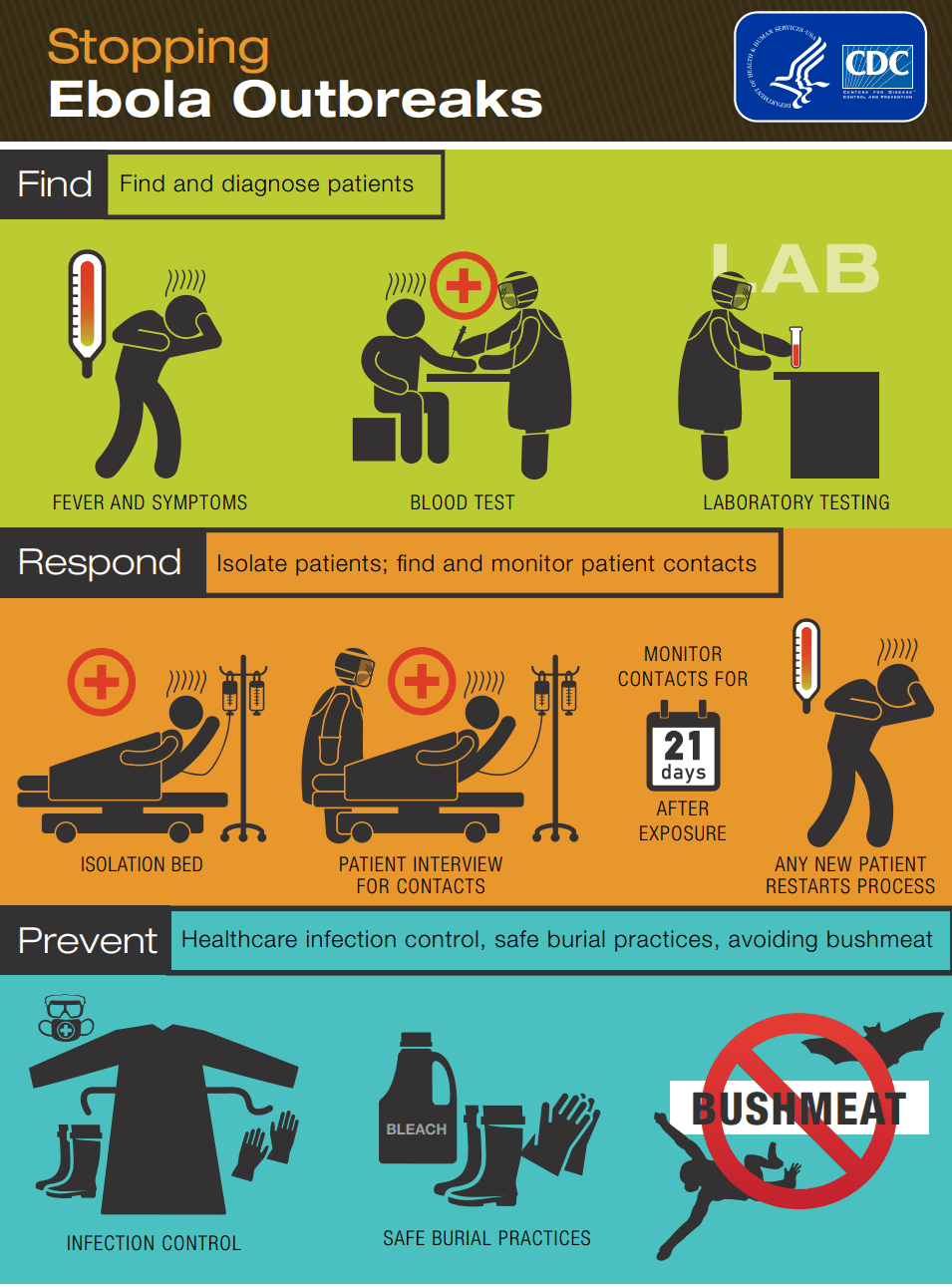 Ebola is not spread through the air, by water, or, in general, by food. However, in Africa, ebola may be spread as a result of handling bush meat (wild animals hunted for food) and contact with infected bats. There is no evidence that mosquitoes or other insects can transmit ebola virus. Only mammals (for example, humans, bats, monkeys, and apes) have shown the ability to become infected with and spread the virus.